I am pleased to have Deanne in the spotlight this week.  What a cute project.  I love these shadow boxes!

"UNDER THE SEA" SHADOW BOX 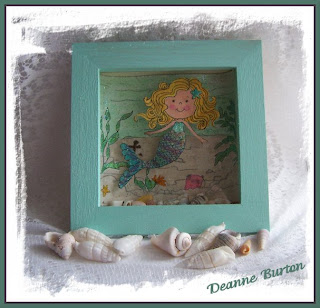 I used these images from the Fred She Said store and printed them off box... 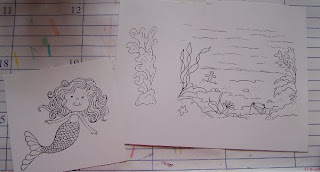 ...so they would fit into my shadow cute little shadow box in a dollar store. 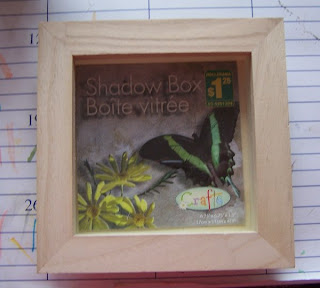 I took the paper piece from the shadow box and used it as a template for the background image. Then I trimmed it on the top and bottom. I made the sides a WEE bit bigger than the template as I wanted it to "curve" or curl around on the sides. (you can see what I mean in the completed pics below.) 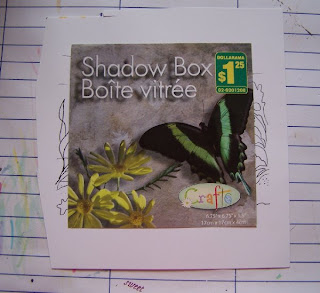 Then I had FUUUNNN coloring and embellishing the images. Ain't she a cutie, all sparkly and adorable! 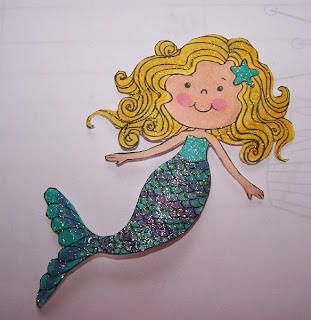 Here's the background image completed and placed in the shadow box. I colored it in, then added Stickles and REAL sand to it! You can see in this pic how the sides are curled as opposed to being flat to the back. 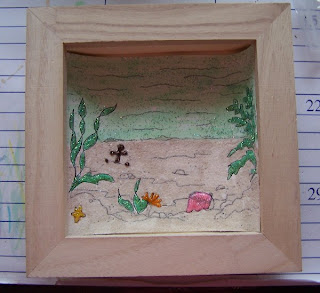 Using THICK popdots, I placed the mermaid onto the image. The popdot on her tail is not as thick as the one on her face. I added some REAL shells and rocks at the bottom of the shadow box. I painted the box after. If I had it back, I would have painted the box FIRST (would have made it easier), but it was OK because it all worked out in the end. 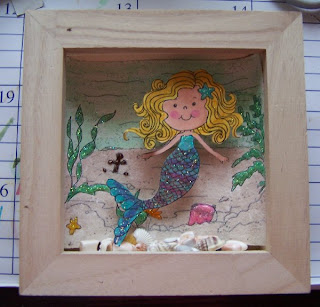 Here's a closeup of the mermaid on the box. 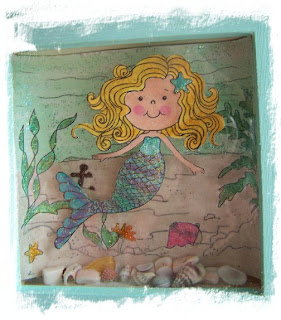 Email ThisBlogThis!Share to TwitterShare to FacebookShare to Pinterest
Labels: spotlight

What a great idea Deanne! I love how you have done this!
Hugs
Carol

Awwwww, so sweet! You're such a creative person Deanne! TY for the tutorial!

HOW TO GET BLINKIE!

* When you use this subscription form, you are agreeing to accept blog updates from the Fred She Said Designs blog being sent to your email address. In doing so, you have agreed to receive posts that may contain promotions, sales, coupon codes, and product info.

All images are copyrighted (as well as on my webshots) to Tracey Lynn Miller. You may use for your craft creations but you may not include them on a CD for distribution or sell the digital images or prints or distribute the digital images through group mailings - please, instead, direct them to my blog or webshots links. You may, however, sell any cards, crafts, etc. made with the images. 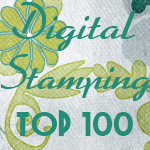