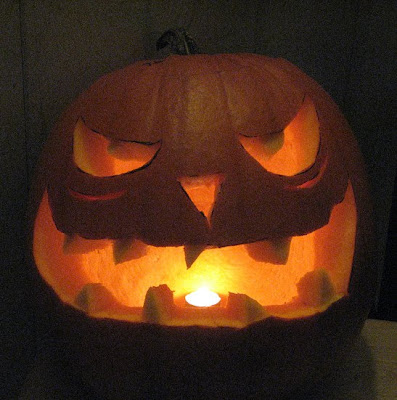 Nolan did the design and did some of the cutting.
Hello Peeps! Be warned there could be a glut of product postings from me today and tomorrow... wellness permitting LOL! Design work got sidelined by a flu bug ( could be THAT flu bug) Emma got sick Wednesday. Then Nolan Saturday. I don't know if it is H1N1 but the news, etc. are saying that if you have flu like symptoms it is most likely the oinky one... 99% of tests are coming up positive in Ontario ( don't quote me though). Just got a call from Work work.. our school group is down to 8 kids instead of the normal count of 25-30 so that tells you something LOL! Nolan's friend's family has confirmed cases. I heard they also nearly closed a high school down an hour from us. The vaccine isn't available in our area yet... hopefully the 4th but it is for high risk groups only. No news on when general public will have access. But, ( on my soap box now LOL) a case of a little too late I fear. 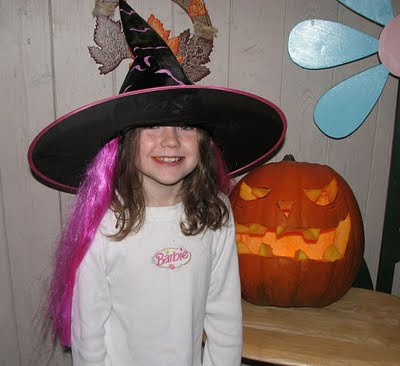 Emma the Pajama Witch... she was feeling better but too sick to go out BUT Nolan went out with her bag so she wouldn't miss out. Still she wore her witch hat and alerted me when Trick or Treaters were at the door. 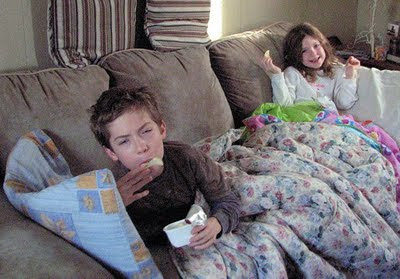 The day after Halloween... Nolan came down with it (cough and a bit of a temp at this point) What you don't see is that they each have gi-normous bags of candy on the floor. Not too sick to each junk... so Mom is not too worried... good sign LOL! Nolan is pulling a sick face... he was smiling albeit coughing after.

Always a good sign when they can eat something lol. Hope you all get well soon and avoid the bad bug!!
Pinky

Awesome pumpkin! Glad that the kids could still enjoy the candy and hope they get well soon.

HOW TO GET BLINKIE!

* When you use this subscription form, you are agreeing to accept blog updates from the Fred She Said Designs blog being sent to your email address. In doing so, you have agreed to receive posts that may contain promotions, sales, coupon codes, and product info.

All images are copyrighted (as well as on my webshots) to Tracey Lynn Miller. You may use for your craft creations but you may not include them on a CD for distribution or sell the digital images or prints or distribute the digital images through group mailings - please, instead, direct them to my blog or webshots links. You may, however, sell any cards, crafts, etc. made with the images.